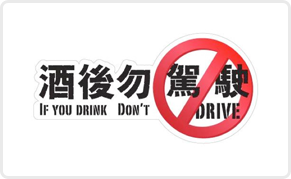 Driving after consuming alcohol is extremely dangerous and could cause serious harm not only to the driver but others on the road.

Traffic accidents are one of the main causes of injury and death worldwide. Many such incidents involve alcohol-impaired drivers. Drivers who have been drinking are more likely than sober drivers to be involved in car accidents as alcohol affects the central nervous system, impacting various behavioral and cognitive capabilities. Reaction times of an intoxicated driver may be reduced by up to 10%–30%, depending on the blood alcohol content level in the body; vision may become blurred, and the judgment of distance, speed, and hazards is likely to be diminished.

According to WHO, alcohol consumption contributes to about 15% of the death, disease or injury burden due to traffic accidents in the world.i In high-income countries, about 20% of fatally injured drivers have excess alcohol in their blood, while in some low- and middle-income countries these figures may be from 33% up to 69%.

In Hong Kong, 16,089ii traffic accidents took place in 2013, among which 175iii (1.1%) were related to alcohol consumption, according to police figures.

According to the road traffic accident statistics from the Transport Department, there is 0% of fatalities resulting from drink-driving from 2007 to 2012. Although drink-driving only accounts for a small percentage of traffic accidents, FReD believes all drivers should not drive after they have consumed alcohol because even a small amount could impair the judgment of drivers.

FReD is also actively engaging in activities to reduce drink-driving. Our “Together, our voices can stop drink-driving” campaign aims at spreading the message "If you drink, don't drive". 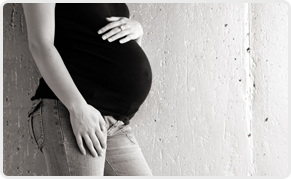 Prenatal exposure to alcohol can harm unborn children, including an increase in the risk of birth defects and developmental disabilities. The range of effects that can occur in an individual whose mother drank alcohol while pregnant is known as fetal alcohol spectrum disorders (FASDs).

As stated by the International Center for Alcohol Policy, there is no known safe amount of alcohol nor is there a safe time to drink during pregnancy or when trying to get pregnant. To prevent FASDs, a woman should not drink alcohol while she is pregnant, or when she might get pregnant, as all types of alcohol are equally harmful. Furthermore, FASDs affects each person in different ways, and can range from mild to severe. According to the US Centers for Disease Control and Prevention, FASDs can cause problems in terms of their appearance, growth, thought, and actions. FASDs can also cause birth defects of the heart, brain, and other major organs.

Different terms are used to describe FASDs, depending on the type of symptoms.

FASDs is a life-long illness since there is no cure for it, however, research shows that early intervention treatment can improve a child’s development.

If you or your doctor thinks there could be a problem, ask your doctor for a referral to a specialist, such as a developmental pediatrician, child psychologist, or clinical geneticist.iv

FASDs are preventable by avoiding drinking among other health-harming activities, such as smoking and drug abuse, during pregnancy. 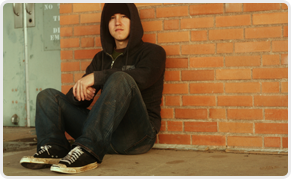 Underage drinking refers to consumption of alcohol by people who are under the legal age.

In Hong Kong, the earliest age that an individual is legally allowed to consume alcohol is 18 years old, and it is an offence to allow any person under the age of 18 to drink on any licensed premises under the law (Dutiable Commodities (Liquor) Regulations).

According to the Child Health Survey 2005-2006 conducted by the Hong Kong Department of Health, around 5% of children aged 11-14 in Hong Kong have tried alcohol in their life and 0.3% were current binge drinkers (who had 5 or more drinks of alcohol in a row within a couple of hours in the past month); and more than 1 in 10 adolescents aged 15-17 drank alcohol occasionally. v

Underage drinking is a dangerous problem since youngsters may not exert the same level of self-control as adults.

Parents should note that young people who began drinking before 15 years old are five times more likely to develop alcohol dependence or abuse later in life than those who begin drinking at or after age 21 years.